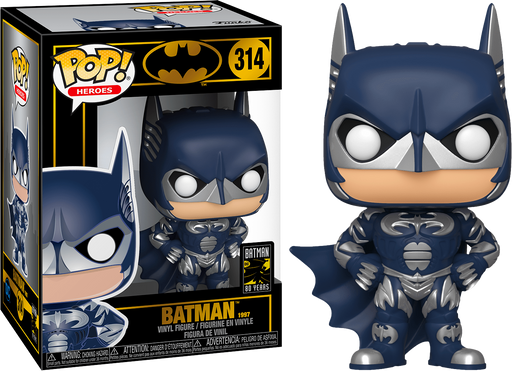 Set two years after the defeat of Two-Face and the Riddler, Batman & Robin follows the caped crusaders as they attempt to prevent Mr. Freeze and Poison Ivy from freezing all mankind to death and repopulating the earth with mutant plants, while at the same time struggling to keep their partnership together.

Here we have Batman as he appears in the 1997 “classic”, as portrayed by Dr. Doug Ross himself, George Clooney. The suit features a stunning blue and silver finish, only thing missing from this is are his iconic bat nipples, but I guess you can’t win them all.