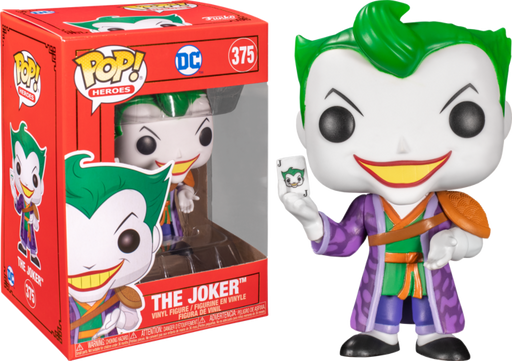 Everyone’s favourite DC Comics heroes and villains have taken a break from their escapades in Gotham and are paying a visit to the Royal Imperial Palace, courtesy of Funko’s new Imperial Palace series!

Featured in this exciting new wave are four of DC’s most iconic characters including Batman, Harley Quinn, Joker and Robin, who also happens to come with the chance of a hooded Chase Variant!

What makes this Imperial Palace range even more unique is their stunning red packaging, which will make them stand out from the rest of your collection.