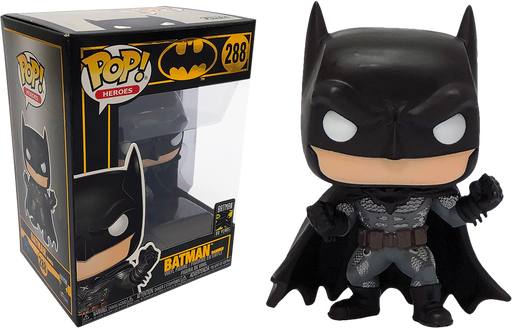 If you’re looking for a more mature take on Gotham’s caped crusader, then look no further than the three-part comic series Batman: Damned.

A supernatural horror story, Batman: Damned is set in Gotham City in a grim, darker version of the DCU, where Bruce Wayne is tormented by the demonic witch Enchantress, who visits him as a child and continues to speak to him as an adult.

This Pop! Features Batman is he appears in the acclaimed Damned comics, illustrated by Lee Bermejo. The perfect addition to any DC collection and a must for any Batman fan!