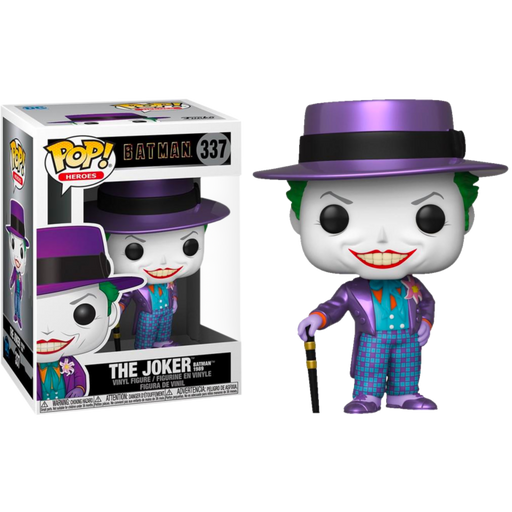 Released in 1989, Batman saw the caped crusader in his first full-length feature film, taking on arguably his most notorious foe; the Joker. It reignited everyone's love for Batman and launched a film franchise that has taken in billions at the box office.

Here we have the Joker himself, as he appears in the 1989 classic portrayed by Jack Nicholson. He comes complete with his iconic purple suit and boasting a face full of make up that only Joker can pull off. Not only that, he also comes with a stunning Metallic finish.