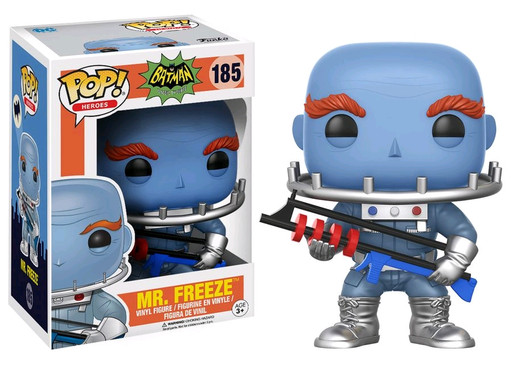 The original Batman TV series from 1966 is still beloved by fans around the world. Starring Adam West as Batman, he’d save Gotham from a wide range of wacky villains, many of whom are featured in Funko’s new wave of Batman Pop! Vinyls.

Here we have the mad scientist Mr Freeze, played by Otto Preminger, wearing his iconic cryogenic suit, complete with a freeze collar. Oh and of course we couldn’t forget his trusty freeze gun!

You’ve got Batman and his allies, now it’s time to add some of his enemies into your Pop! Vinyl collection.