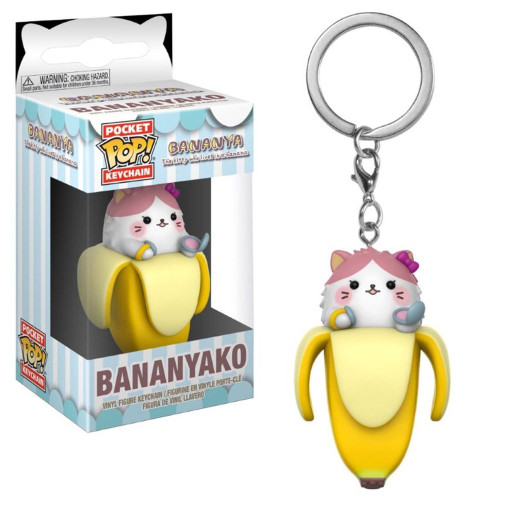 The series follows the story of a miniature cat named Bananya (combining the word "banana" with "nya", the sound a cat makes) who lives inside a banana. The Narrator claims to have discovered a species of tiny cats who hide inside bananas and only come out to play when humans aren't around, describing the results of his research.

An adorable addition to any Funko collection!