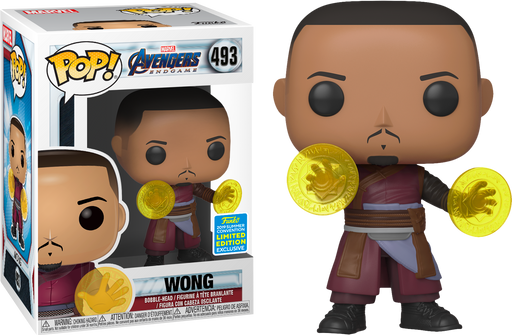 Avengers 4: Endgame was a masterclass in film-making, a culmination of 10 years of the Marvel Cinematic Universe that resulted in one of the most successful films ever made. It's predecessor was also one of the highest grossing films of all time, leaving the MCU in absolute tatters after the infamous "click". This time it was up to the remaining heroes to try and restore what once was and help take down the evil tyrant Thanos for good!

This Pop! features Doctor Strange’s compadre and Master of the Mystic Arts, Wong, looking to help defend your collection from any threat posed by Thanos and his crew of villains. It's Wong's first appearance in the Funko universe, so don't miss out on adding him to your collection.