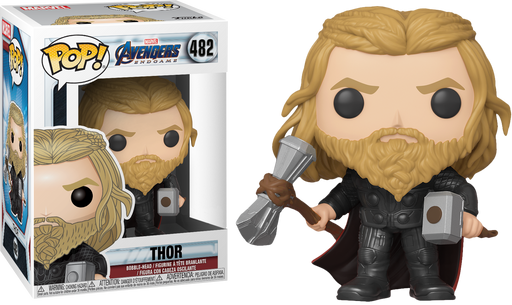 Now there is the new standard wave, however what we have here is the EXCLUSIVE Thor after he's pulled himself together and is fighting the good fight against Thanos, armed with both his Hammer AND the Stormbreaker. Now that's one God you do NOT want to mess with!