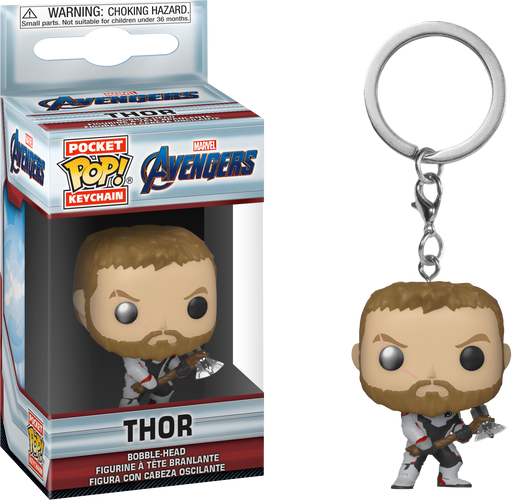 There isn't a Marvel fan alive who isn't salivating at the thought of what may transpire in Avengers 4: Endgame. It's predecessor was one of the highest grossing films of all time, leaving the MCU in absolute tatters after the infamous "click". Now it's up to the remaining heroes to try and restore what once was and help take down the evil tyrant Thanos for good! Now Funko have joined the fight by releasing an incredible wave of Avengers 4: Endgame Pocket Pop! Vinyl Keychains!

You'll have no problem defending yourself from The Mad Titan when you've got Thor in your corner (or pocket), since he's primed and ready to withstand whatever Thanos has to offer. However in saying that, Thanos is one mighty beast, so perhaps he may need a hand from his other Avengers pals. How much room have you got on your keys to put together a team of superheroes?