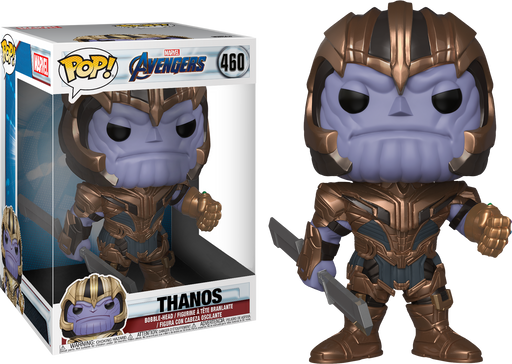 Now while that standard wave may be able to take down the regular size Thanos, are they any match for this enormous EXCLUSIVE 10" Thanos?! The Mad Titan himself certainly looks as intimidating as ever in his new suit, complete with fully-loaded Infinity Gauntlet and armed with his trademark double-bladed sword. This is the type of piece you can build a Marvel collection around, so what are you waiting for?!