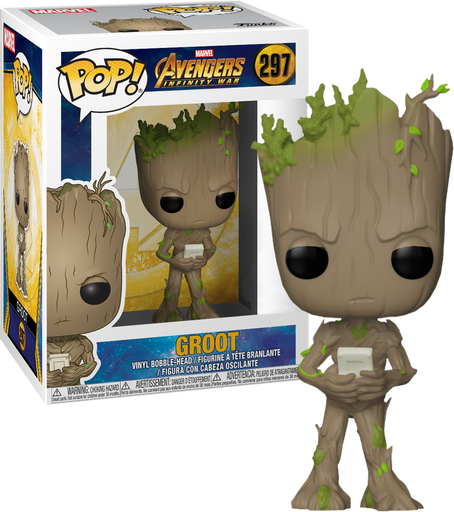 This Pop! features Groot, now a rebellious teenager (as seen in the post credits scene of GOTG Vol. 2). He comes complete with video game.