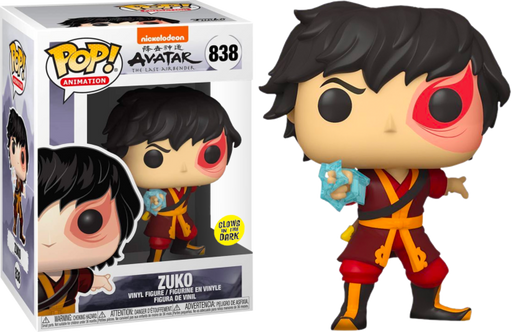 This Pop! features Zuko, a firebending master, born as a prince in the Fire Nation Royal Family, who reigned as Fire Lord from 100 AG until his abdication in 167 AG. He comes complete with a Glow in the Dark finish.