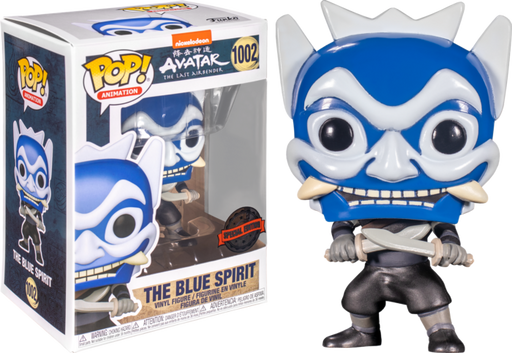 Here we have Zuko, wearing his iconic Blue Spirit mask and armed for battle.

Funko's latest wave of Avatar Pop! Vinyl Figures includes many favourites such as Ty Lee in a crouching pose, Fire Lord Ozai with a fire base, Admiral Zhao the leader of the Fire Nation Army, Suki the Kyoshi Warrior, as well as the incredible 6" Aang in Avatar State!