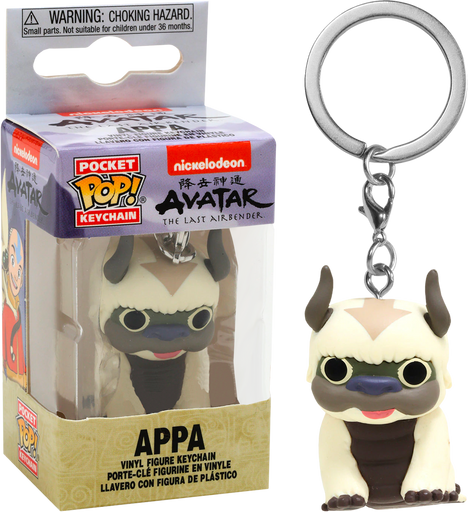 This Pocket Pop! features Appa, Aang's loyal sky bison, who shared a strong bond with Aang and with Momo, as they were all some of the few remaining traces of the Air Nomad civilisation. Normally a giant beast, this adorable tiny Appa will fit snuggly in your pocket.

Take Appa with you wherever you go by adding him to your Funko collection today!