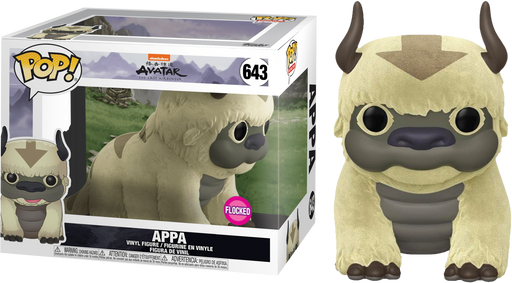 This Pop! features Appa, Aang's loyal sky bison, who shared a strong bond with Aang and with Momo, as they were all some of the few remaining traces of the Air Nomad civilisation. At a whopping 6" on length, this Pop! truly encompasses the size of Appa, topped off with a realistic flocked fur finish!

Truly one of the coolest Pop! Vinyl releases of 2019, don't miss out on adding the 6" Flocked Appa to your Funko collection today.