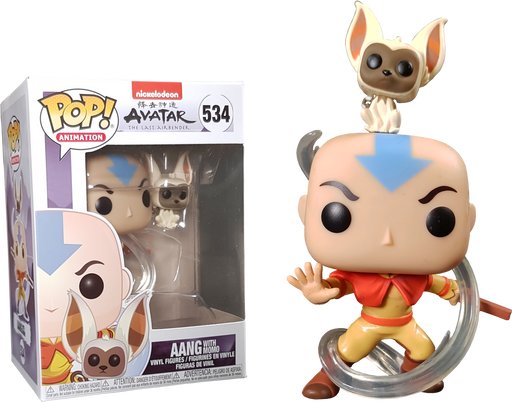 This Pop! features Aang, the last surviving Airbender, a monk of the Air Nomads' Southern Air Temple. He is an incarnation of the "Avatar", the spirit of light and peace manifested in human form. He comes complete with Momo!