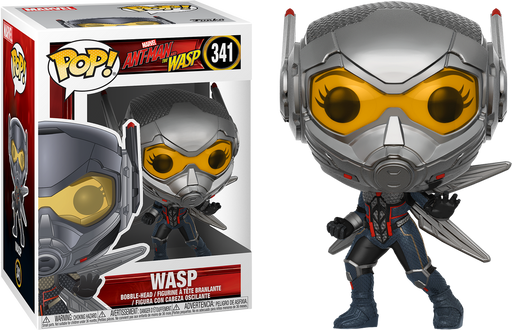 Ant-Man is set to hit the big screen once again in the highly-anticipated sequel 'Ant-Man and the Wasp', and to celebrate, Funko have just announced a new wave of Ant-Man Pop! Vinyl Figures!

The film is set after the events of 'Captain America: Civil War', as Scott Lang tries to balance his home life as a father with his responsibilities as Ant-Man, when Hope van Dyne and Hank Pym present him with a new mission to bring to light secrets from their past, requiring him to team up with van Dyne as the new Wasp.

This Pop! features Wasp, complete in her shiny Wasp suit.