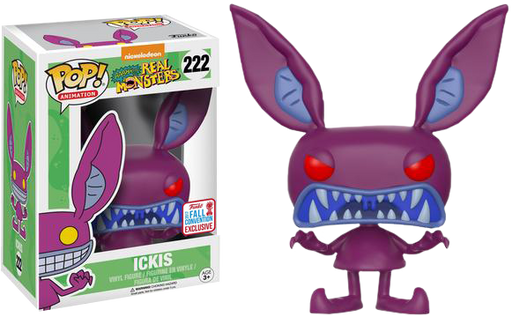 Ickis is the main character from this hit series ‘Aaahh Real Monsters!!!’, who although rather timid, can still scare the life out of people with his ability to grow in size and show off those teeth, which are on full display in this Pop! Vinyl.

Add him to your collection!